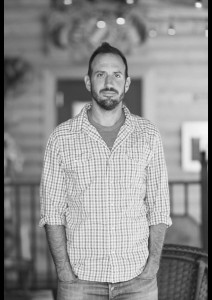 Mr. Warren previously served as the Chief Legal Officer, General Counsel and Secretary of Vertis, Inc., its parent company, and its 8 subsidiaries (collectively, “Vertis”), a Baltimore-based $1.2 billion marketing communications company.  He was responsible for the overall management of Vertis’ legal issues.  During his tenure at Vertis, he supervised all legal issues related to mergers and acquisitions, banking and finance, corporate governance, compliance, and commercial transactions.  At Vertis, he was lead counsel for transactions independently ranging from $10 million to $2 billion.  He worked with the CEO, CFO and other senior members of the company on a number of corporate development initiatives.  He provided legal counsel to members of executive management, the board of directors and other key stakeholders.  He managed teams of professionals from the largest banks, law firms and consultancies in the United States.  In 2009, Mr. Warren became the youngest member of the executive management team at the age of 31.

Prior to his work at Vertis, Mr. Warren worked as an associate at the Denver-based law firms Jones & Keller and Hensley Kim & Edgington. At each firm, he worked with some of Denver’s preeminent corporate lawyers on general corporate law, securities, general commercial transactions and mergers and acquisition.  More specifically, he drafted documents for and advised clients regarding SEC rules and regulations, assisted with all aspects of IPOs, private equity and debt financings, negotiated and closed M&A transactions totaling over $1 billion, and counseled public and private companies with respect to corporate governance and SOX compliance.

Mr. Warren also previously served as general counsel for the Council of Energy Resource Tribes (CERT), a Denver-based, national nonprofit organization that assists its 53 member tribes with natural resources, and energy and economic development initiatives. His work with CERT focused on natural resources, energy and economic development initiatives. Mr. Warren worked for Indian Tribes from all over the United States, Tribal instrumentalities and enterprises and businesses doing business in Indian Country. His practice also concentrated on representing Tribal corporations, whether wholly owned by one or more Tribes or by Tribes and non-Tribal partners.

While serving as general counsel for CERT, he developed or enhanced Tribal ordinances and codes to promote and enforce the orderly conduct of business and economic development within reservation economies, including among others, those prescribing commercial transactions, recording requirements, Tribal taxation, creditor rights and remedies and Tribal court jurisdiction and administration. Additionally, he has worked with Tribes in connection with the enforcement of legal agreements and the compliance with Tribal and federal laws surrounding Tribal resources.